Middle East Protests: Why Now and to What End?

Revealed: The best airline in the Middle East for 2020 is… Emirates

Temperatures will range from 40°C to 45°C in the interior regions.

The National Centre of Meteorology, NCM, has called on motorists to take all precautions and follow the traffic regulations due the chance of fog formation and poor visibility.

In a statement, the centre predicted that visibility to be less than 1,000 metres at times over some of western coastal and internal areas during the period from 2:00am until 8:00am on Sunday morning. 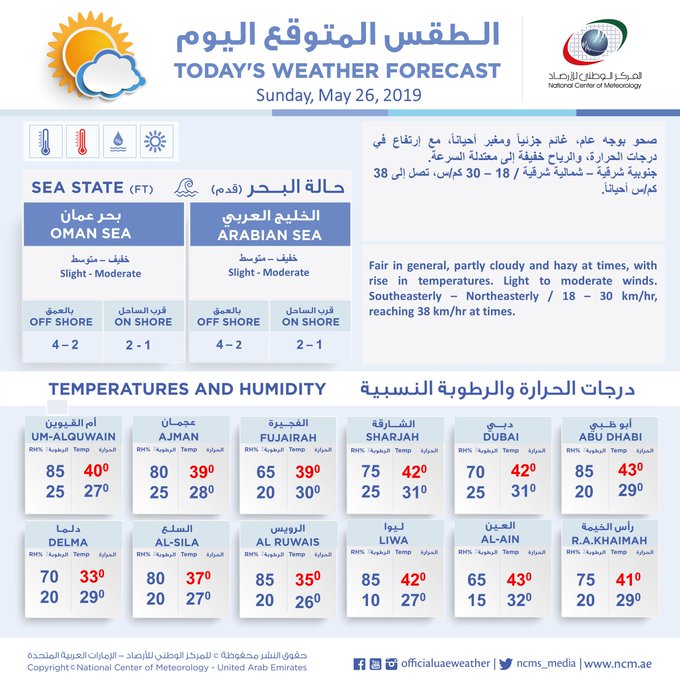 The NCM has also predicted fair to partly cloudy weather for today with an increase in temperature.

The maximum humidity will vary from 70 to 90 per cent across coastal, 65 to 85 per cent in interior regions and between 45 to 65 per cent in the mountains.