Earthquake in Iran felt in Dubai and Abu Dhabi

Earthquake in Iran felt in Dubai and Abu Dhabi

The 5.7 magnitude earthquake was recorded at 2.58pm UAE time

Mild tremors were recorded across parts of the UAE after a Magnitude 5.7 earthquake struck southern Iran on Monday.

The National Centre of Meteorology said the quake struck at 2.58pm but was unlikely to affect the UAE much.

The Euro-Mediterranean Seismological Centre said the earthquake hit about 112 kilometre west of the port of Bandar Abbas. There were no immediate reports of damage or injuries. 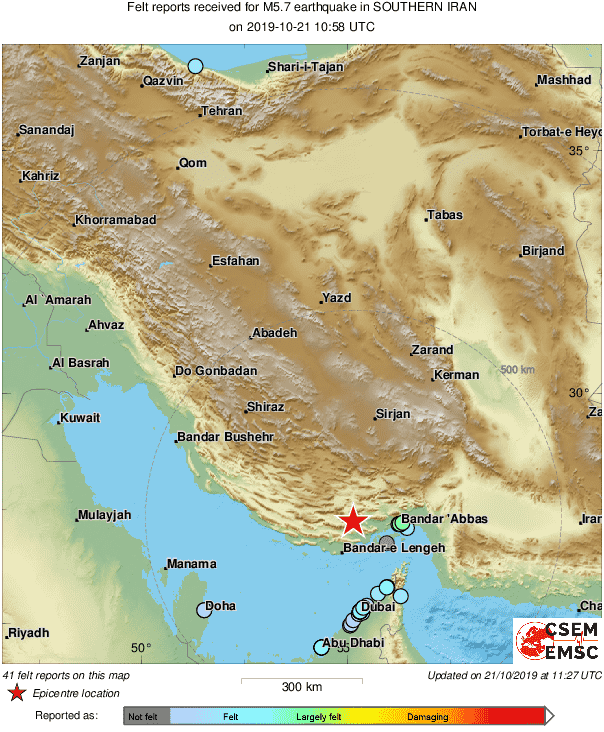 15 people are talking about this

“These quakes are usually very light,” said Khamis Al Shamsi, manager of the seismology department at the NCM.

“They happen a lot but most of them are light earthquakes. Strong quakes happen once a year or even more infrequently.” 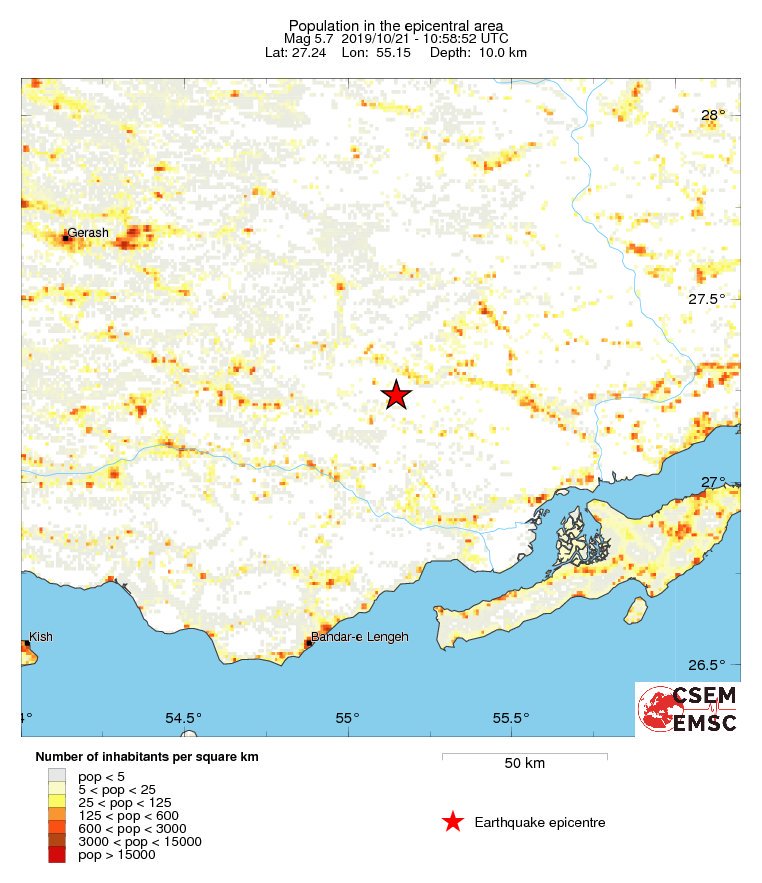 A resident of Marjan Island in Ras Al Khaimah, where the quake was believed to have been felt most strongly in the UAE, said she felt a sway at around 3pm.

“I was about to get up off the couch when I felt the ground shaking. It was a strong shake,” said Noura Abbas, from Egypt.

“I thought that I had got dizzy but later, when I checked social media, I found out that it was an earthquake.”

Ms Abbas said her husband, who works in Al Nakheel area, felt it too.

Zainah Mahmoud, a 30-year-old from Jordanian, said she felt her chair move while she was sat on the balcony in her home in Mina Al Arab.

“I felt it twice and it was fast.

“At first I didn’t realise what was going on as the chair was moving to the right and left and when it stopped another shake started immediately after the first one,” she said.

“It was fast and scary.”

Residents reported feeling the tremors in many parts of the emirate including Al Hamra village, Kuzam area, Al Dhait and RAK city.

Some in Dubai and Abu Dhabi even felt the tremors.

“We are on Floor 31 [in] Shining Towers and it was quite bad,” said one woman, on Facebook page Abu Dhabi Q&A.

“I’m in Tourist Club [area on] Hamdan Street and it is not a joke,” said another.

In February, an earthquake that struck Qeshm Island, south of Iran, was felt by residents in Ras Al Khaimah.

The NCM has 19 seismic stations across the UAE to track these events and Mr Al Shamsi urged people to consult official channels when quakes happen.

“We have the correct information,” said Mr Al Shamsi. “So consult the NCM.”